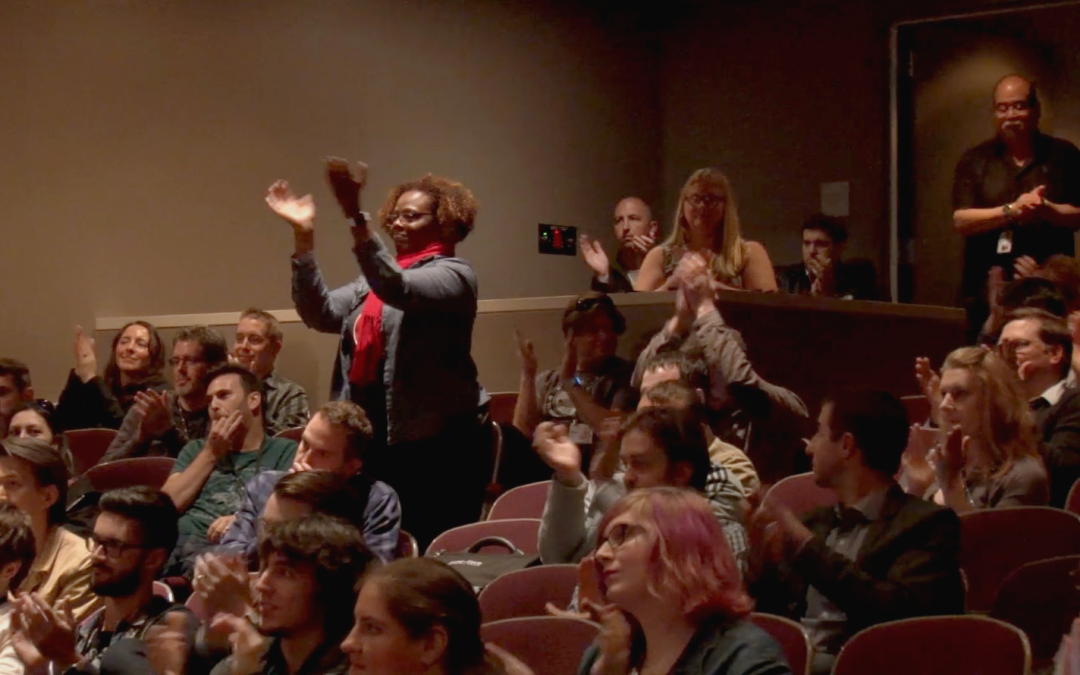 Earlier last year, our developer Usha attended Peers Conference, an event for web and software developers that aims to offer a different kind of conference environment. As the website says, “We’ve traded the velvet rope atmosphere of some conferences for a friendly hello, and often a hug or two.” In this interview, Usha discusses the inclusive spirit of the conference and recaps some of the talks from the event’s final day.

Usually when you go to conferences you have speakers, and the attendees. You might catch a speaker here and there, but they have their speaker dinners where they’re secluded away from everyone else. Peers isn’t like that. You have lots of opportunities to talk to speakers, to talk to attendees. It’s a very values-based conference, which I like, as well. It’s meant to be very inclusive and supportive. Jessica [D’amico], the organizer of Peers, tries to tackle things like well-being, mental health, work-life balance, inclusivity and diversity. I appreciate that also.

2. How would you describe the event to someone who hadn’t been there before?

It’s a small conference really meant more for introspection, networking and a little bit of professional growth. But the professional growth comes from personal growth. And people are very accepting of many different things. A lot of these tech conferences tend to be about a specific product, whether it’s a content management system, or a language, or a framework or something like that, and Peers—in addition to being inclusive of different people—is inclusive of different technologies.

3. What were some highlights from the conference?

[Garret Dimon, a marketer for WildBit] was the keynote speaker on the last day, and he was basically sharing his story of the process that he went through, because he decided to have one of his legs amputated. He had had some minor surgery on his ankle. And he ended up with some situation where his ice pack that he had to keep his swelling down caused frostbite and then he ended up with an infection where they couldn’t properly treat it. Since he couldn’t be as involved in his children’s lives as he wanted to be, or as active as he wanted to be, he decided to amputate [his leg.] He [went] through how that affected his life and his work and what lessons that you can take from that for your own life—things like, “Maintain perspective. Tiny steps are still steps. Pain and discomfort are part of the learning process. It’s okay to let things go. It’s about progress, not about aspirations.”

4. There was also a talk on diversity. What was that like?

[Fredric Mitchell, V.P. of Engineering at Better Weekdays] used Star Trek to talk about diversity. The way that he did that was pull out different characters from Star Trek and explain how they either broke certain archetypes or how they contributed to their teams. And he would go back with real-world examples. He talked a lot about IQ vs. EQ—EQ being emotional quotient. His basic premise was that women have better EQ, so the more women you have, the better your team is, because you can communicate better. He backed this up with scientific studies that showed a high correlation between the number of women in groups and high collective intelligence. 5. What advice would you give to someone attending Peers for the first time? How could they make the most of it?

Try to talk to as many people as possible and treat it more like a networking event that’s really light on the business. Talk about projects that you’re interested in working on. [Find out] how people work, what kinds of projects that they work on, what they like about it, what they don’t like about it and why they pick the projects that they do. There’s a lot of different people there. There are people who are one-man shops, people who run agencies. And you notice there’s a big variety in the same industry, so for me, it’s valuable to go talk to people that have very, very different experiences. You can glean something from somebody who’s different from you.